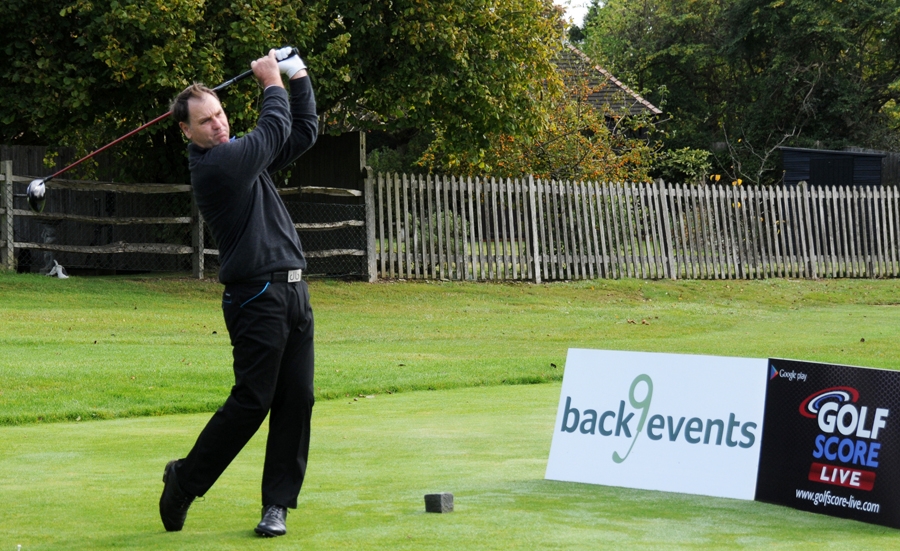 As you’d expect, the scoring was of an excellent standard with 3 players tied for 1st place in the Pro Event, all shooting 67 (-3). The team event consisted of 3 amateur golfers and 1 professional playing ‘best 2 out of 4’ format Fourball Better Ball and was won with 84 points. The winning team was made up of Steve Cook, Andy Baron, George Mixides and their Professional for the day, Paul Way.

The course was in great condition having also hosted the Hertfordshire Head Professional tournament on Wednesday, 8th October. Former European Tour player Jamie Little commented, “given the rainfall coming into this week, and also the time of year, the fairways and greens were excellent and I’ve had similar comments from a lot of the professionals today”.

To add a further dimension to the golf day was ‘live scored’ by GolfScore LIVE which enables everyone taking part to input their scores, and see everybody else's through a dynamic leaderboard on their own scoring handset. The scores are also automatically sent back to the clubhouse, allowing everyone involved to see what’s happening in ‘real time’.

The whole day was in aid of Willow Foundation, a national charity that works with seriously ill young adults aged 16 to 40 to raise money to fulfil uplifting, and unforgettable special days out. All-in-all, the day which concluded with a charity auction after lunch managed to raise £1,100 for the Willow foundation and everybody is already looking forward to next years event.

More in this category: « Longcliffe Golf Club use GolfScore LIVE for their Club Championship Wentworth is the ‘Bees’ knees »