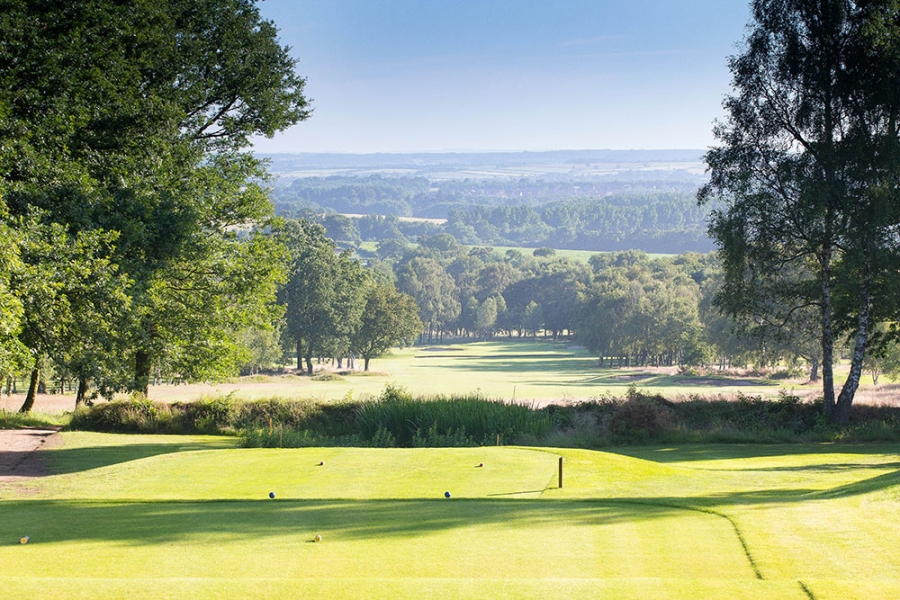 Longcliffe Golf Club use GolfScore LIVE for their Club Championship

As one of the premier golf courses in the East Midlands, Longcliffe Golf Club has a reputation of a tough golf course. The club’s premier annual event each year is the Club Championship and is open to all single figure members.' The course as always was magnificently presented to test the club’s very best players.

Historically for Club Championship the club ran a Leaderboard with 3-course marshals collecting scores after the 4th, 8th and the 12th hole. These scores were typically radioed back to the clubhouse and for over 10 years or more Roger and Beryl Barker have been updating the Club Championship scoreboard. In fact, it had become a bit of a tradition.

This year the club opted to modernize the event with Live Scoring, and chose GolfScore LIVE. With the help of Dynamics Golf, each group was given a handset to update their Gross score. Within the clubhouse, the live Leaderboard was displayed on the club’s 52” TV for interested members’ to observe.

With 47 players in the field, Gary Titterton (2 hcp) shot a fantastic 73 Gross in the first round in tough conditions and was leading by 2 shots from last year’s reining Club Champion Kevin Dandy (+1).  Amazingly 7 times Club Champion Steve Critchley (+1) No Returned on the 17th to the shock of the Longcliffe clubhouse. Young Adam Brind (7hcp) shot an impress 77 Gross to make the final group for day 2. Whilst the sun was shining, many members at the club logged into the live Leaderboard via their own smartphones to keep track of the event. http://golfscore-live.com/leaderboard/0000i2/leaderboard

This year’s Club Championship event was staged over 2days, and the live Leaderboard was setup to tally both days overall. Since everyone was now familiar with scoring on the devices, there was very little demonstration required explaining how simple the scoring on the handsets was.

After 34 holes, Gary Titterton stretched his lead over the field to 6 shots and comfortably played the last two holes on par to shoot 73 Gross again on day 2 with a total score of 146 to secure his first Club Championship title at Longcliffe. http://golfscore-live.com/leaderboard/0000i3/leaderboard

More members’ at the club were logged in on the day's action and overall everyone at the club was impressed with the GolfScore LIVE service and technology. It helped modernise the event and make the whole two days feel more live a PGA Tour competition!

The club would like to thank all the players, Pete Sands the Course Manager, Mark Kemp at Dynamics Golf, Mark Bond and David Hull from Longcliffe for their assistance on the day, and GolfScore LIVE for providing the club with the handsets and service.