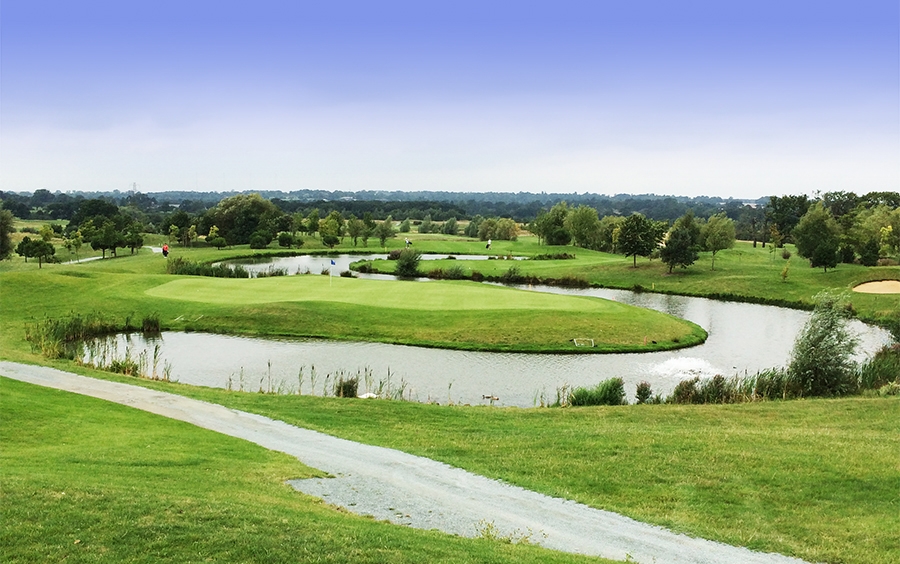 It’s the first time this event had been organised, and entry was limited to 25 teams, that had arrived from all over the UK. The venue was The Shire, London, a course notably designed by Seve Ballesteros. There were as many children involved in activities around the clubhouse as lessons were being held for kids on the practice ground during the event. The event was organised by HKC Management, and Helen from the business could be found in all areas of the venue during the day, never standing still. Sports Traiders and local charities were the benefactors of the day.

The competition was a best 2 from 4 Stableford team event, and play was very competitive which obviously was great with all players able to see where they were in the field via the ‘Live’ scoring handsets.

Teams such as the Coldstream Cops, Weapons of Grass Destruction, and The Barrington Ayre Blobbers had been well thought out, and were also some of the best turned out! With the team ‘Golf Trust’s Top 3 Ball and Me’ coming out as winners with 99 points. The Coldstream Cops chased them well and finished on 97 points. The winning team contained notable members; Messrs Eccles Jnr and Gardiner who are both World Disabled Champions in their relative age groups.

Side games were offered as the contestants as they completed their round, ‘beat the pro’, ‘hit the hickory’, Longest drive, nearest the pin, ‘a hole in one to win an Audi’ were all enjoyed. As the round was completed it led in perfectly to the ‘Trick Shot Show’ performed by Geoff Swain, and all were amazed by his performance.

Everyone enjoyed the prizegiving dinner, and as day came to an end it was hoped that this will be the first of a great number of fundraising Golf Aid events.

More in this category: « “Get in the Knole” Headcorn Imbibers Golf Day »