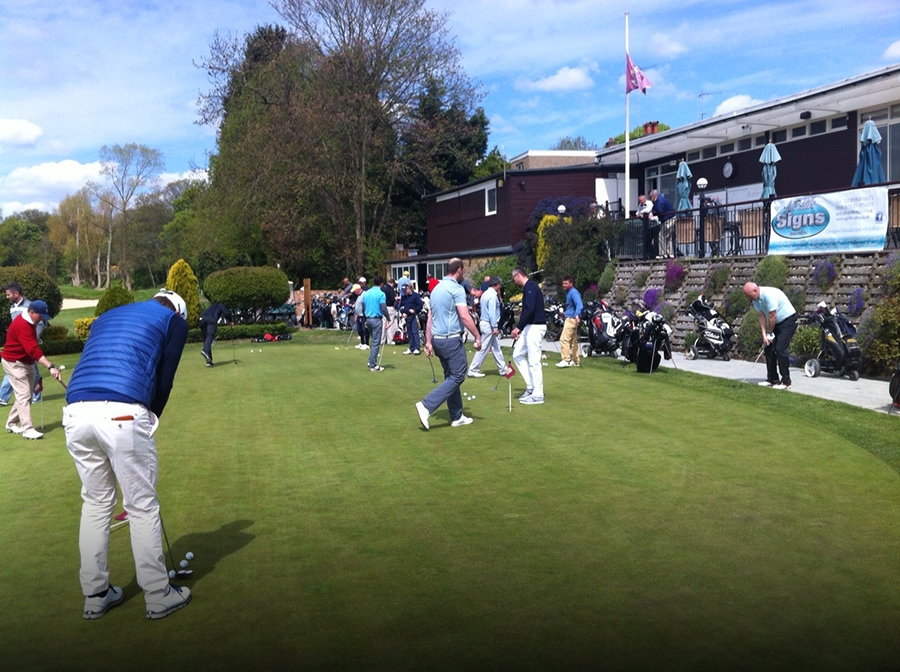 Team Lilly ‘Nick’ it at Northwood

The GolfScore LIVE team arrived at Northwood Golf Club for the Captain’s Charity Day, to the sound of the mowers double cutting the greens, followed closely behind by the irons! This, along with some very tricky pin positions made life on the greens tough for both amateurs and professionals.

The field of 92, both male and female players started to the sound of the shotgun at 1pm, the weather was fine, but chilly!

The early pace in the pro ranks was made by Sam Little with 3 early birdies! His team also dove tailed well and were in contention all day.

Live scoring was a new science to many of the players, and members in the clubhouse alike, some describing it as ‘witchcraft’ though loved being able to follow their friends around the testing Northwood course.

The top 3 team spots were fought for by Teams Lilly, Little, and Golding. The professionals however found both the course and conditions really challenging, only 4 players finished with sub-par score, Darren Bragg taking the honours and purse with and hard earned -3. Sam Little, and Scott Fallon shared second spot at -2, and Jamie Elson was one shot further back.

The winning team via countback on -11 was Simon Lilly, with Messrs, Bamsey, Brown, and Brown.

Runner up was Sam Little’s team of Messrs, Bohane, Orchard, and Orchard.

Third place went to Phillip Golding, and his team of Gardner, Steel, and Slattery

Following the ‘on course’ entertainment came a fantastic carvery buffet, a Q&A, raffle, and auction to bolster the coffers of the receiving charity, Cancer Research UK. Nick Lines, Captain of Northwood, was very pleased with the amount that had been raised, and that all the participants had enjoyed a great day!

More in this category: Golfers have a great DAY! »